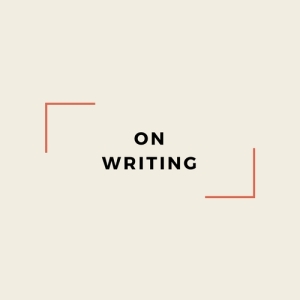 We all learned this in elementary school, you have five senses: sight, smell, taste, feel and hear. In your writing, as you are building a scene and trying to get that reader into the moment, you want to appeal to all five of these senses whenever possible and in vivid detail. For example, don’t just tell me that the strawberry tasted sweet, tell me that biting into the strawberry was like an explosion of flavor, causing you to salivate and want more!

As it’s election day here in Pennsylvania, I’m going to provide an example based on my experiences at the polls! (PSA: Get out and vote!) Bonus: This gives me an excuse to repurpose the annual election day selfie I’m always good for.

The gravel crinkled under my tires in a foreign yet familiar way. I knew the sound, but it is odd to hear it in this particular place, my elementary school, a place I had never once driven up to in my time served. I hesitated as I parked in a non-designated spot typically within the bus lane, ready for Mrs. McCurdy to come out and give me the business. Gooseflesh pops up down my arm as I play the scene in my head. But, I rationalize away that fear because I’m an adult now, there is no school today, and dear lord, I hope that Mrs. McCurdy wasn’t still a hall monitor at the school.

The sound of my tires against the gravel, my heels clacking against the blacktop, the constraining nature of my slacks and button down blouse are all odd to me, at that moment, as I make my way up the walkway in far fewer steps than I once had. I take a deep breath as I open the door, which I get to unimpeded by Democrats or Republicans handing out literature. It appears that I am here before the bombardment has begun. I arrive at 7 a.m. sharp to cast my vote before I begin the drive to work. This, of course, necessitated an even earlier start to my day, which can only mean one thing in my world: More cups of tea. I’m armed, as I enter the school, with a thermos of fresh-from-the-kettle Tetley tea with a splash of milk and two heaping mounds of sugar. I don’t think it would actually ever leave my hands out of sheer necessity for caffeine, but also because I don’t know if I’ll hit a line or be there before the poll workers are all set up, so I’m just prepared. 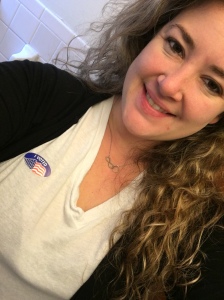 I’m struck with how much smaller everything appears in an elementary school as a grownup. Tables are shorter, chairs smaller, the cafeteria shelf that I once slid my tray along as I selected items — pizza, yes, green beans, no — now looks like it was made for little people. Well, I suppose it was. It smells like office supplies. I observe that there are two polling places meant to cast their votes here, which alarms me slightly. I don’t actually know which precinct I belong to, so I go up to the friendly faces on the right and ask if this is where residents of East Pine might cast their ballots and am relieved to hear a “yes.”

The older citizens manning the table shuffle through some papers, open their plastic spiral bound books to the S section in order to find my last name, followed by first, and ask me to sign. The woman remarks that my signature hasn’t changed, and in glancing over to the right of my fresh signature, I see an upside-down print out of my signature as it was, I assume, when I registered to vote. She’s right, it’s just a bit bigger. I walk down to the next senior citizen, who has already written down my name and tells me that I’m voter No. 3. I’m slightly put off by this, I wanted to be No. 1. Who doesn’t? Perhaps it’s thee two civically minded ladies who cast their votes ahead of me. It would make sense to get it out of the way to focus on the tasks at hand. The second lady then hands me a book-mark shaped orange paper that simply says “Voter” on it. I watch my step as I walk the three paces from the cafeteria table the ladies are set up at to the gentleman working the voting booth. The floors appear shiny and slick and the last thing I want to do is have an adult memory of me embarrassing myself in this school by falling on my way into or out of the voting booth. I feel my cheeks get hot as they redden even at the thought of it!

The gentleman takes my slip and pulls back the curtain of the voting booth, which on profile looks a bit like an elongated, backward Z, it’s base holding it up, the trunk tipped away from me to allow for a podium-like structure and view of the entire ballot, and the curtain rod coming out toward me, creating a booth-like structure as the curtains come to just about halfway down the contraption. “Thank you,” I say to the worker and then enter the booth safe and sound. I’ve been voting for a few years now and I’m struck with the simplicity of the ballot for such a major decision each time. I am also consistently awed by the privilege of being there, in that moment, having a say in the body that governs me.

With a deep inhale, I exit my worship-like state and skim my brain for the half-dozen key races I have been following and formed an opinion on. I work my way down the ballot, selecting those men and women from on the first pass. Then, I begin at the top again, I analyze those selections I’m less familiar with, review the directions (pick no more than five, for example) and make an educated decision on those. There is also a question on the ballot, which I’ve prepared for. I recently read an article stating how the phrasing of the question may be misleading, but it brought down to brass tax what was being debated and how I should answer if I felt one way or the other. I make my selection, I double check row by row to ensure accuracy and that I didn’t miss anything and then take one more beat before I hit the green “Vote” button to the bottom right-hand side of the ballot adjacent to my right hip. My votes disappear and the curtain is drawn for me. I have exercised my right!

As I make my way toward the exit, I look around for the “I Voted” sticker. Seeing none obvious, I ask the warm lady who checked me in. After some shuffling through bags, they find them and hand me the first one. I take the half inch sticker and place it proudly on the left breast of my button-down shirt and walk out toward my car. Before I leave, I snap a selfie with the elementary school sign in the background and post it to social media. I hope just one more person will see it and make time to go to the polls, but the millennial in me also says “If I don’t post, did it actually happen?” 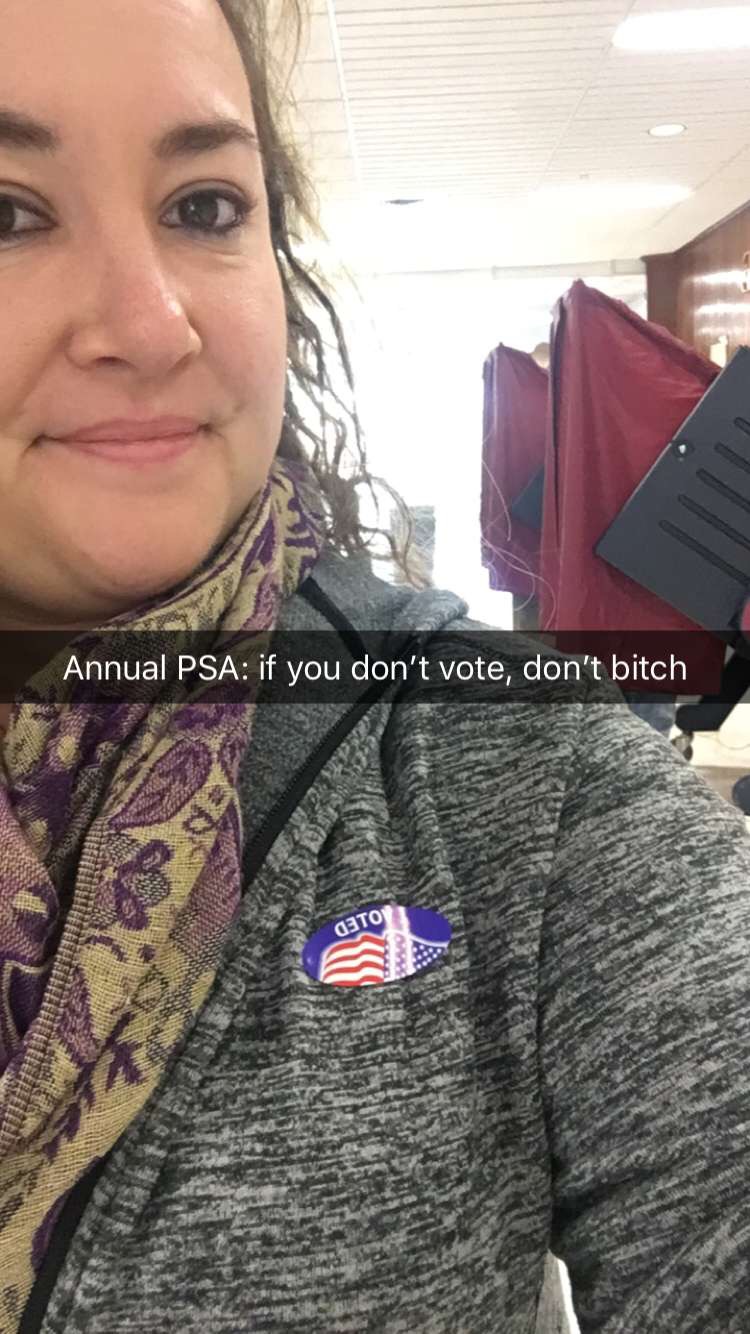 What do you think? Did I put you in the scene? Did I appeal to all of your senses?